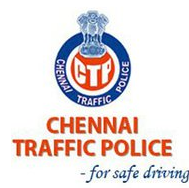 The normal processes of Traffic Challans are standard in almost every part of the country and that holds true for Chennai as well.  It includes several options where in you can either pay instantly, or visit the nearest police station within 15 days or visit the RTO office with certain documents and pay your Challan there.

How to check and pay Chennai traffic police e-Challan?

It is not certain that the traffic police at every post of the city of Chennai would be using e-Challan system, however, it was introduced in 2011 by the then Chief Minister Jayalalitha and since then it has been functioning in some or more parts of Chennai.

Under this, the police official on the post would have an e-Challan machine and in case of you violating any law, he would not ask you to visit the police station to pay the Challan or even not misguide and compel you for any corruptive option.  You would also not be supposed to submit your registration certificate of driving license with the official in case of violations.

All you would need to do is pay the Challan online then and there and that would happen through credit card, debit cards or smart card.  This kind of arrangement is surely a welcome initiative and would be able to minimize corruption in the system to a significant level.